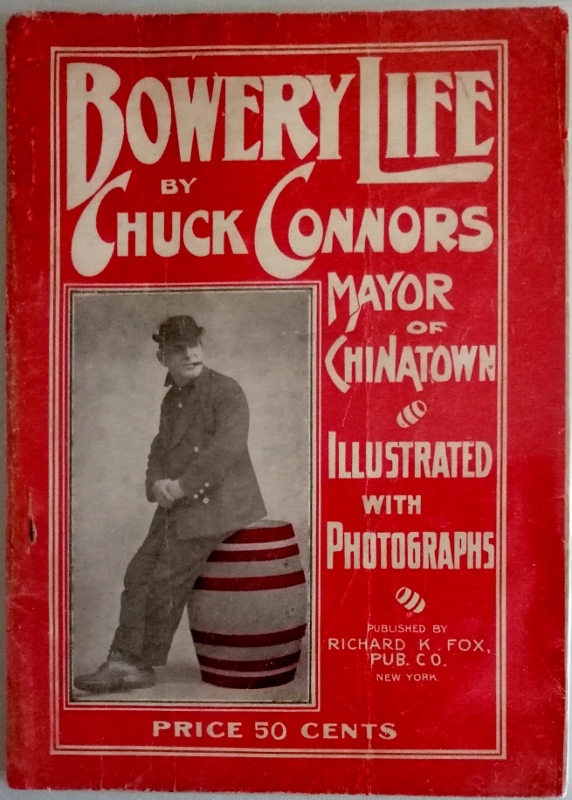 By: Connors, Chuck (Mayor of Chinatown)

Unpaginated - 48pp text, 12pp adverts. Some rubbing and a few marks to covers. Rusting to staples. Chuck Connors, 'Mayor of Chinatown', was a New York celebrity. He learned to speak Mandarin Chinese and this ability plus his familiarity with the neighborhood earned him his nickname. He had been a prize fighter. When he fought, he fought well, and in his prime he put away many a man who was a great deal bigger than he was.
View More... 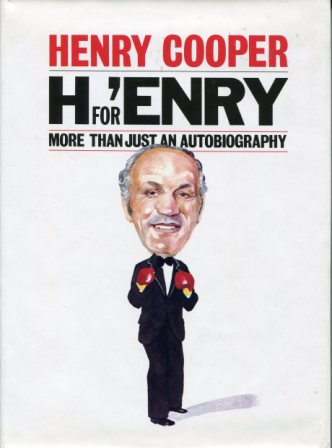 H for 'Enry. More Than Just an Autobiography.

174pp., illus; The d/w which has a slightly faded spine, is rubbed, creased and price clipped with top quarter inch of spine missing and a touch of soiling to rear. Scattered foxing to text block. A touch of fading to head of spine of boards '.memories of the fight game and all it has meant to him, in a career which has been linked with the professional ring for more than fifty years.'
View More... 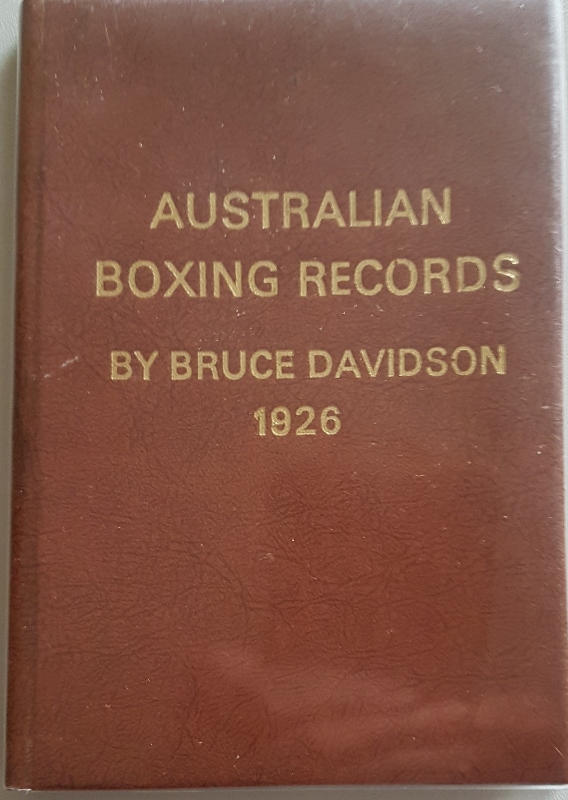 76pp; illustrated. This booklet has been professionally bound in brown boards with gilt lettering to front. The original booklet is complete and includes the front and back covers. The front cover and title page have slight wear to eges and small hole near staple. Rear paper cover has light soiling. Two previous owners' details stamped on reverse of the paper title page.The first in the Champion Records series.
View More...

The Last of the Great Jewish Fighters : Davey Day - The Prince of Kings

The Golden Age of Boxing 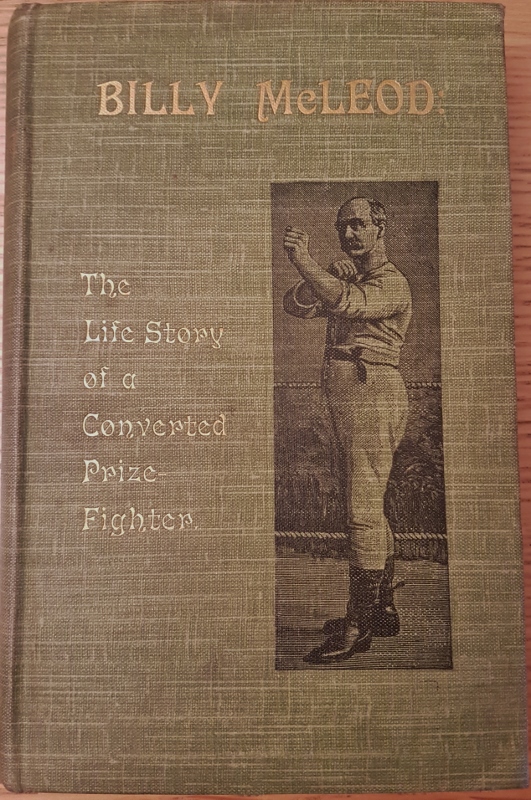 144pp. Undated circa 1906. Bound in light green cloth with gilt lettering on front and spine. An action shot of McLeod on the front cover which carries the inscription 'The Life Story of a Converted Prize Fighter'. The author's preface says 'The life of Billy McLeod has been written during an enforced leisure of six months of sanatorium life. I know the ex-champion well and have fought by his side many times...'. Browning to endpapers. Firmly bound.
View More...

The biographies of some of the prominent boxers from Hamilton, Ontario, Canada who were known to the author. 56pp. Scarce.
View More...

Fighting for Fun : The Scrap Book of Eddie Eagan, Amateur Heavyweight Champion of the World

278pp; illus. Slightly sunned spine. Parts of dustjacket pasted onto front and rear pastedowns and flyleaves. We have acquired a quality collection of Boxing Books from one of our customers. Please contact us by e-mail or phone if you wish to receive a list.
View More... 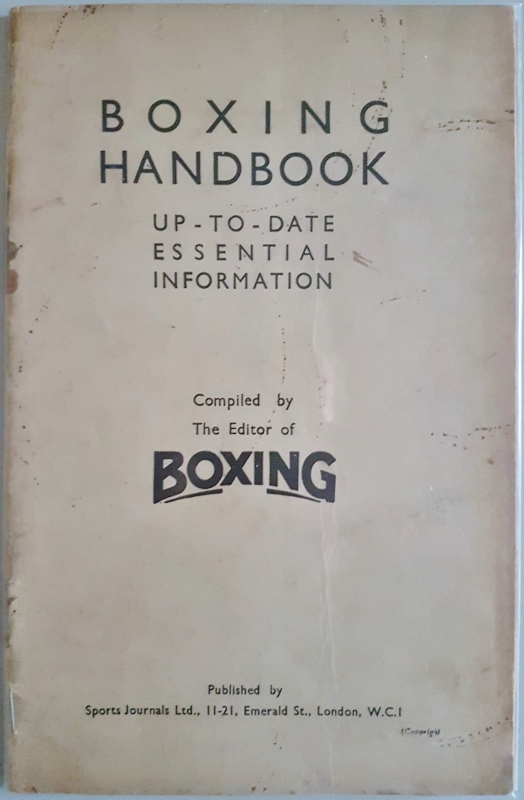 By: Editor of Boxing 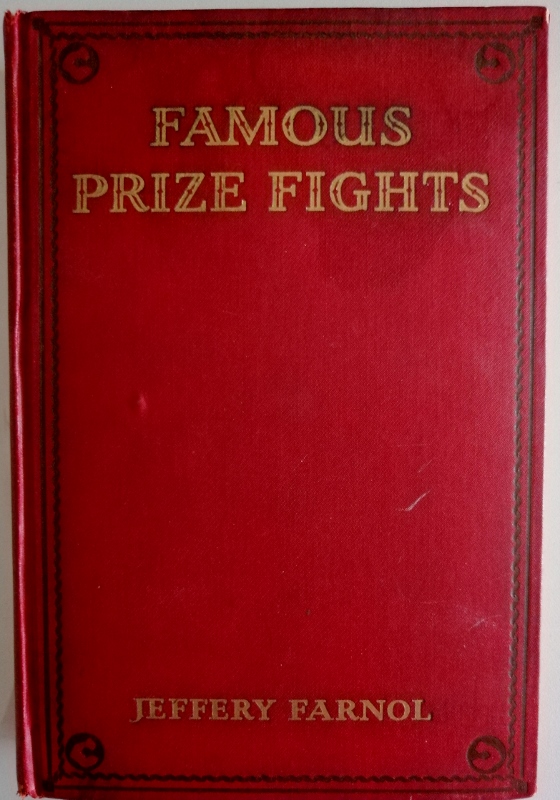 Famous Prize Fights or Epics of " The Fancy " 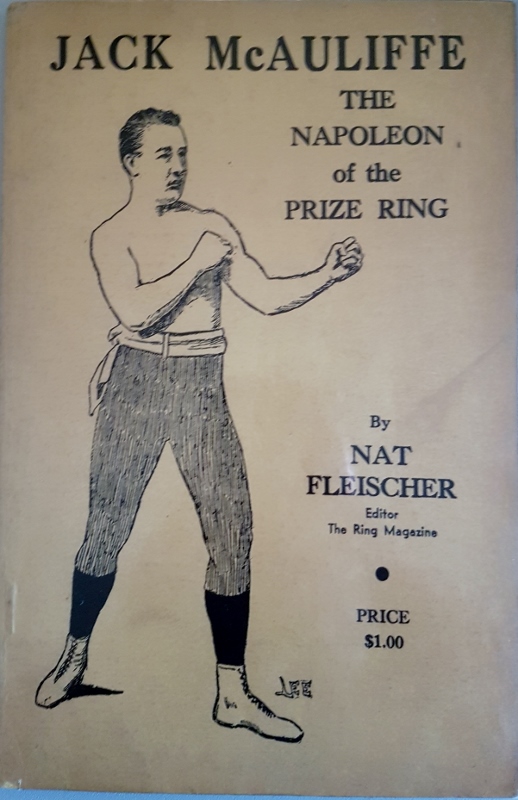 Jack McAuliffe : The Napolean of the Prize Ring

77pp; 17 illustrations. Rusting staples, light soiling to covers with a couple of stains to rear. 10 chapters telling of the subject's career, commencing as an amateur.
View More...

This website uses cookies either for the usage of analytics software, marketing software, and/or to supply social media features.
Read more here.